India has the highest number of road fatalities in the world. As per the Global Status Report on Road Safety 2013, an estimated 231,000 people are killed in road traffic crashes in India each year. On an average 400 lives are cut short daily. Of these lives lost, 66% were due to speeding incidents.

Speeding motorists put the lives of others on the road at risk as much as their own. According to the World Health Organization, every 1% increase in mean speed produces a 4% increase in the fatal crash risk and a 3% increase in the serious crash risk. The problem of speeding exists to a high degree on Indian roads too. The high number of fatalities on Indian roads has made traffic authorities explore several areas and options and then adopt measures that they think can curb the problem of speeding, and one of the recent entrants has been the use of radar speed signs.

These interactive signs, constructed of a series of LEDs, flash the speed of an oncoming vehicle that, as the name suggests, is measured by a radar. The well-designed radar speed displays detect the speed of the approaching vehicle from almost 50 meters away and combine it with a message that they flash at the passing motorists to make them aware of how fast they are going. Because these radar speed signs are equipped with a radar speed detector, they not only display the detected speed of an oncoming vehicle, but also log these speeds that can be emailed for further analyses. Physical solutions such as speed cushions and humps are another effective way to compel drivers to obey and follow prescribed speed limits and avoid deadly outcomes.

To make a beginning, only major cities of India with traffic issues — Bengaluru, Delhi, Chandigarh, Kolkata — have gone ahead and installed the radar speed sign boards. Over time more cities will be included in the move. In the meantime traffic authorities of several cities have been analyzing the data collected from the radar speed sensors, to determine their effectiveness on Indian roads. These radar speed sensor display boards are equipped with night vision technology and record the speed of approaching motorists in rainy and foggy weather conditions too. 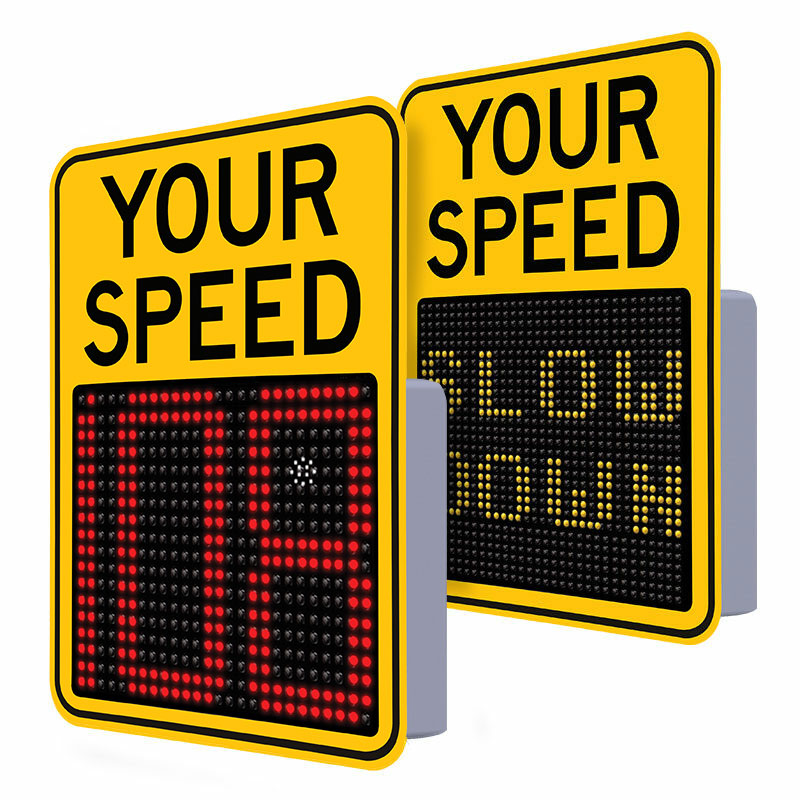 The moment a motorist crosses the posted speed limit on a road or flyover, a white light blinks on the screen to alert the driver about the speed. The radar logs the speed of each motorist who passes it, and these figures are then used to examine the problem areas and determine where best to place more of these radar feedback displays. These radar feedback signs have proved to be highly effective in making drivers slow down, especially in high-risk areas such as roads and flyovers. A radar speed sign can be used in combination with other physical devices being used on the streets and roads, such as speed humps, speed cushions, speed tables and speed bumps. Though Indian drivers are familiar with speeding tickets, the concept of radar speed signs being used to warn them while driving is quite new to them. But, Indian traffic enforcement officers are of the view that the use of these radar displays over time will surely discipline the many aggressive speeding drivers on India’s roads.

But before we can understand how effective these radar speed signs are on India’s busy roads, let’s first try and understand briefly what exactly drives motorists to indulge in speeding. Studies show that speeding is a type of aggressive driving behavior and several factors are responsible for those resorting to such risky ways. Traffic congestion is supposedly the primary factor that leads to speeding, along with situations when one is running late for school or work, or getting late for some other important appointment. But in the case of some drivers it was found that speeding was their usual driving behavior, and it was observed that such motorists have no regard for other motorists or pedestrians present on the road or even for the law. 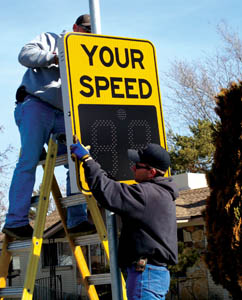 With the introduction of Traffic Logix SafePace Radar Signs in India, there has been a significant improvement in the overall traffic movement system. It has also resulted in calming the traffic movement at premier locations across the cities where they have been successfully installed in several metros. The deployment of Traffic Logix Radar Speed signs in the traffic busy city of Kolkata reduced the rate of speed violations by over 28%. SafePace Radar Speed Signs are designed to slow cars down and make streets safer for everyone. The SafePace Radar Speed Displays come in four different sizes — 11, 12, 15 and 18 inches. They feature displays that increase contrast and driver viewability to ensure motorists get to understand the intended message at a glance. The solutions are manufactured by Logix ITS, a Canada-based ITS (Intelligent Traffic Systems) company with local offices in India.

Radar speed signs can be installed at almost any location and come with a variety of features and uses. Standard radar speed display signs have both battery and solar-powered options available. They can be either permanent (pole/post mounted) or mobile (trailer-based). Nowadays, with the need for brief deployments of these displays, small-sized portable feedback signs are also available. These portable signs are not just full graphic displays, but are also fully programmable. Radar speed display signs are being used around the world and have proven to be highly effective in lowering the speeds of fast-moving motorists. The gathered detailed speed and traffic data can be accessed remotely from anywhere due to the data being stored on a cloud. 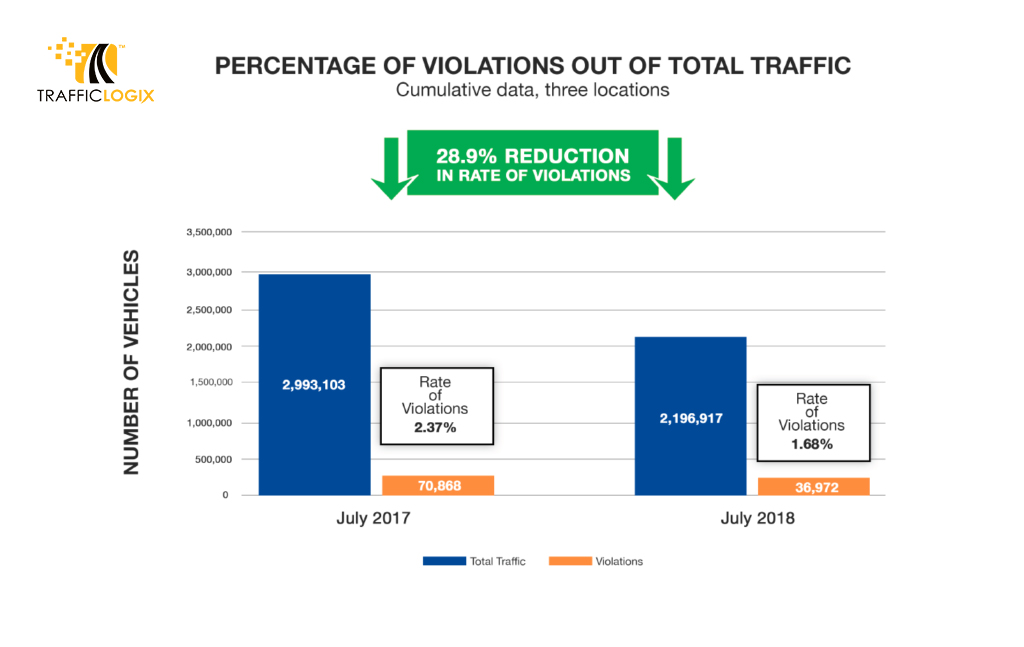 In recent years, the application of radar speed displays in Indian cities has increased, especially on busy roads and highways as well as in transition zones, where the rural roads meet highways. Their use has been seen to change driving behavior and encourage sustained lower speeds, over time. But the million dollar question is — will the use of radar speed signs and displays be the answer to the troubles being faced by the traffic authorities in India? Only time will tell.